After the positive and great impressions on the earlier model PT18, Brinyte made a step up version addressing some upgrades to be done making the light a little more robust and efficient.

Let's see how this new version will perform.

All photos by: Raymond Moralejo What comes along in the package: 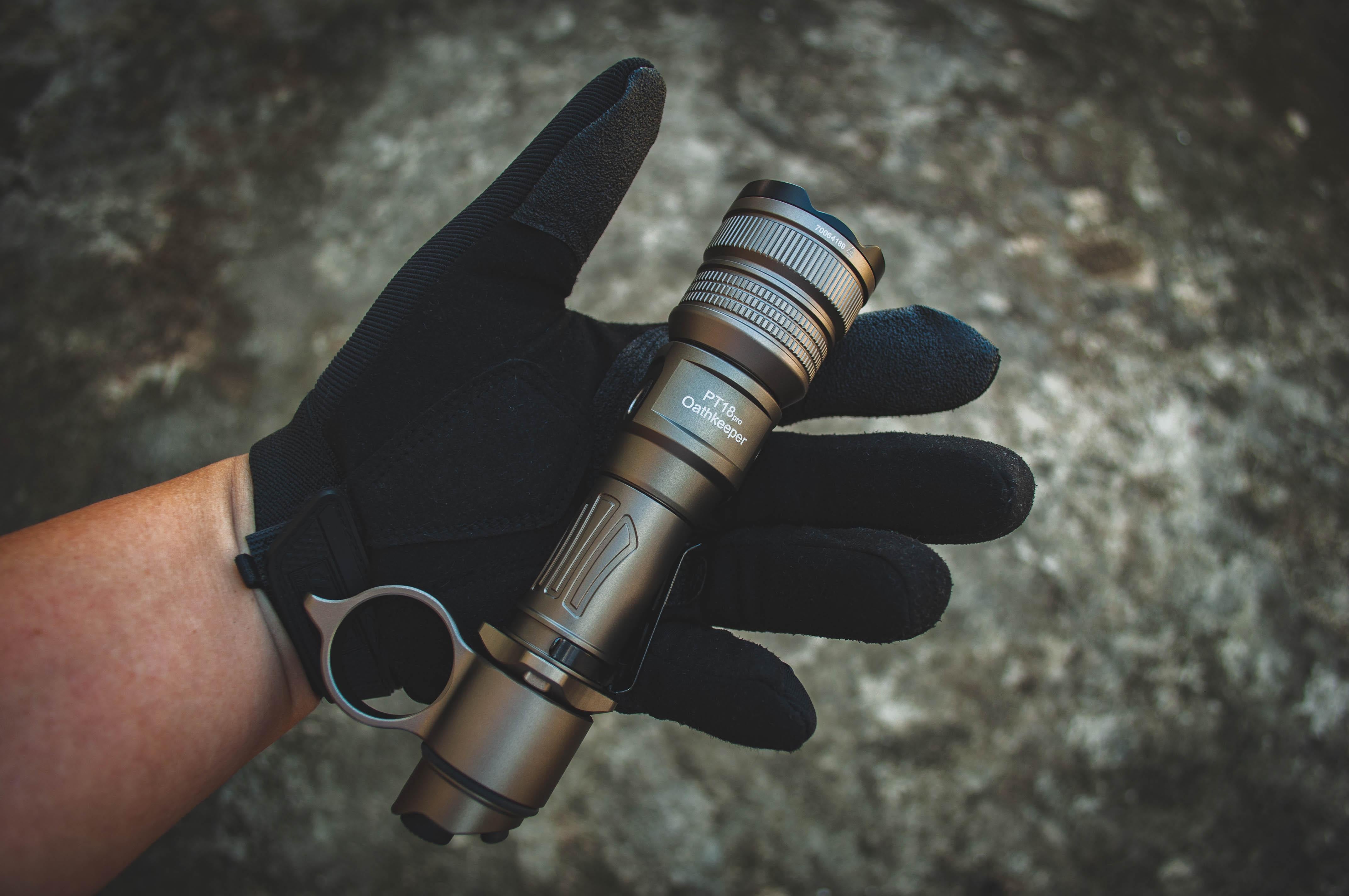 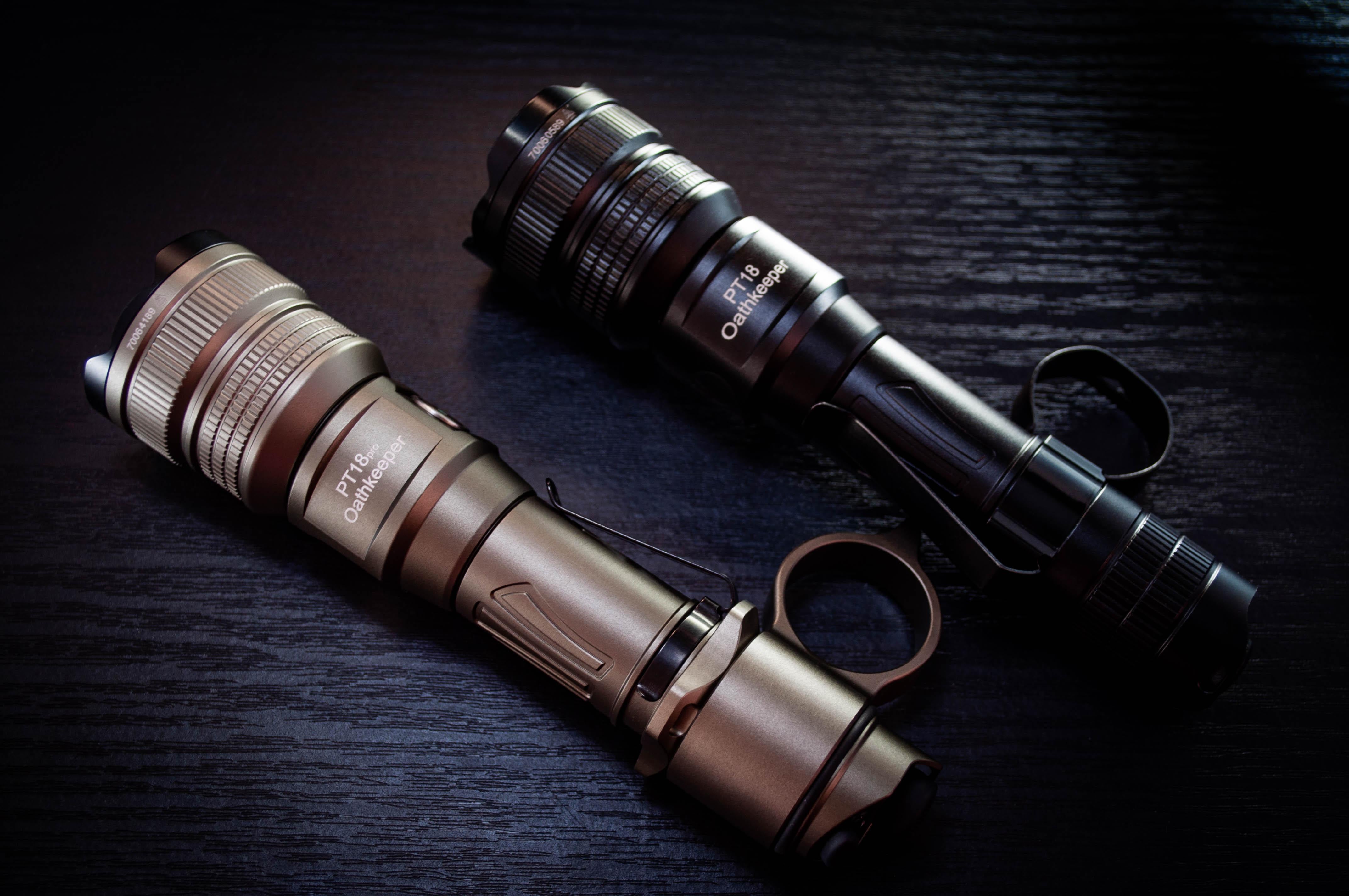 From left to right: PT18pro and earlier version PT18 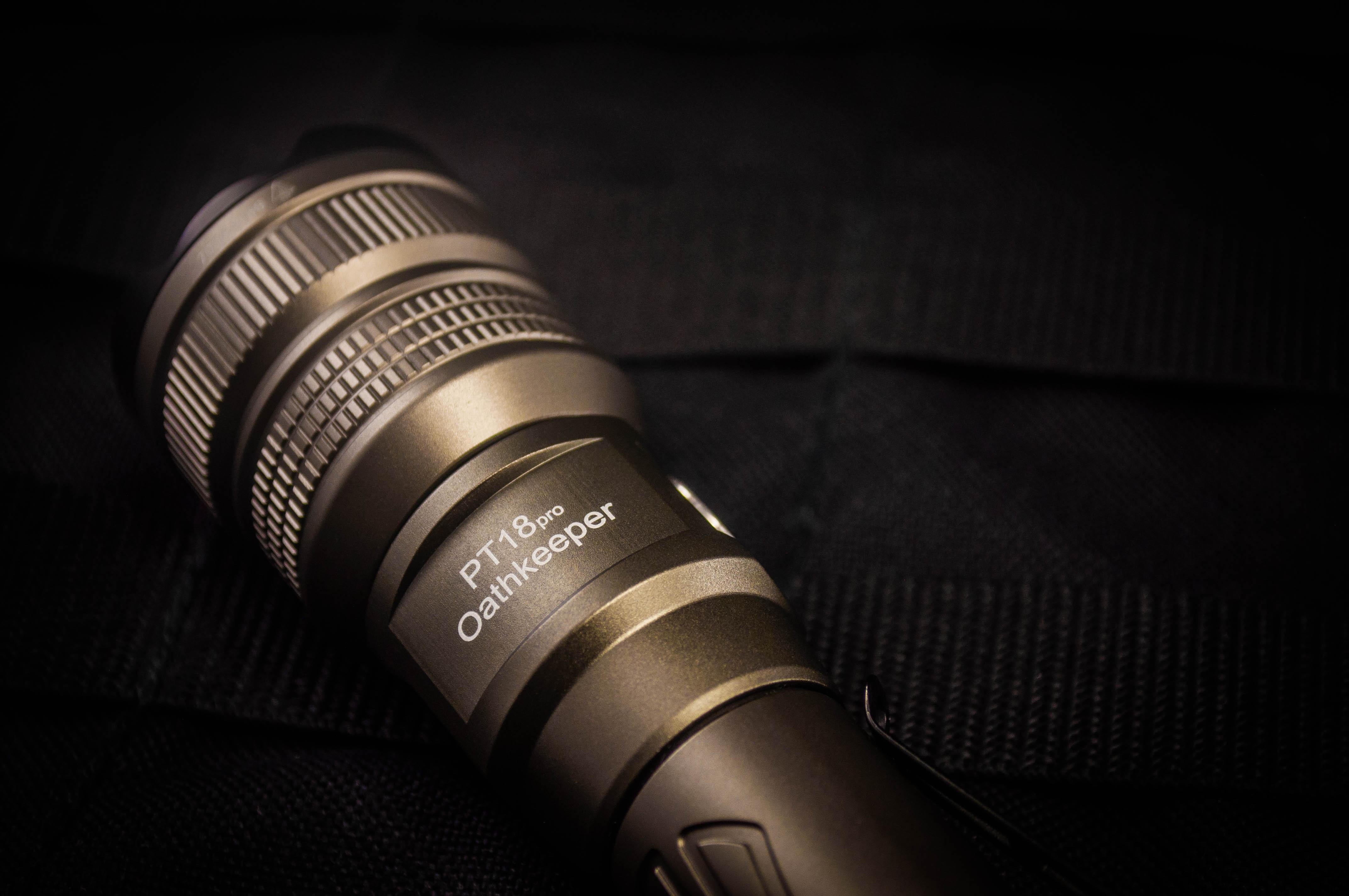 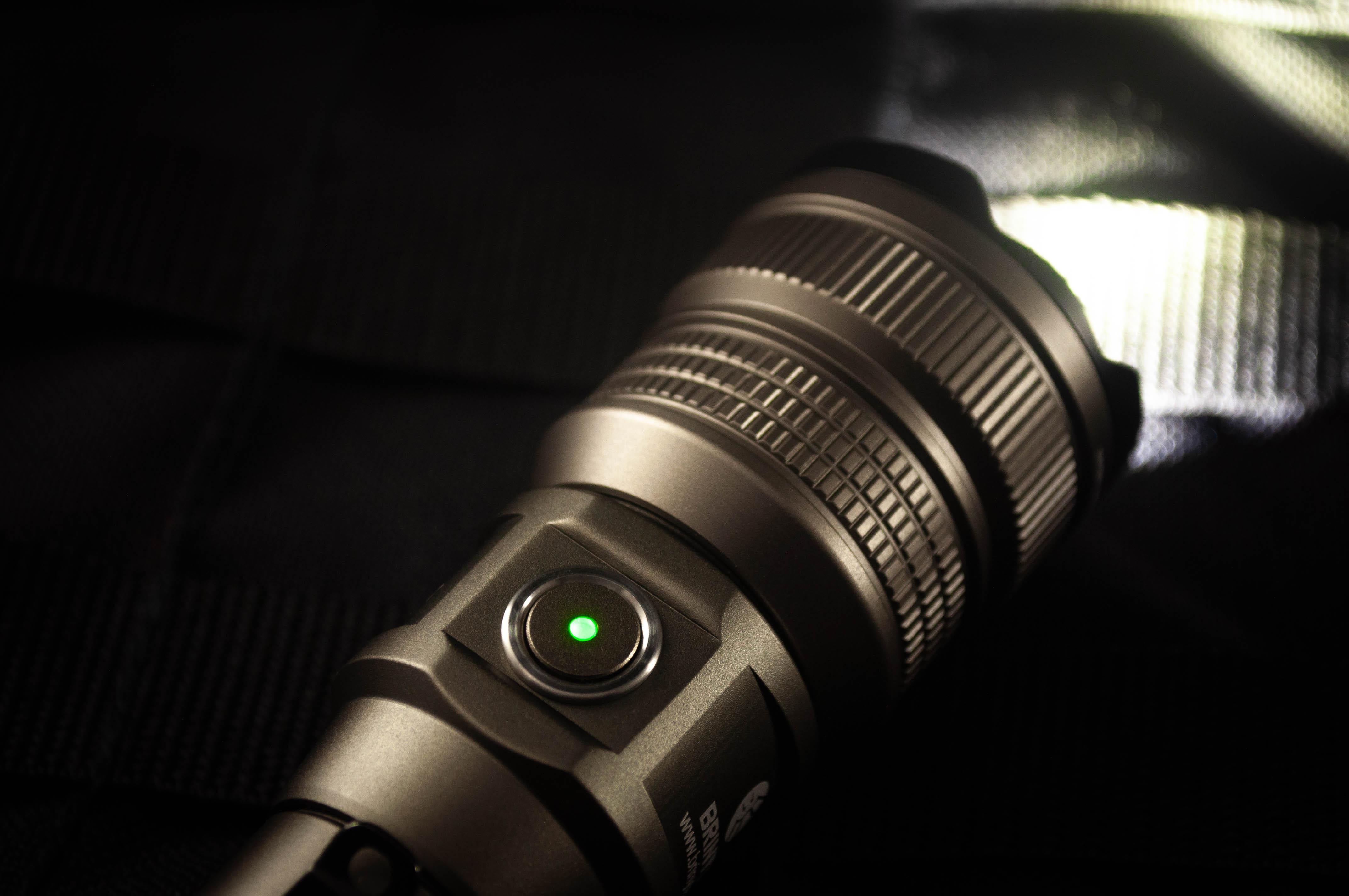 Side switch serves also as a battery charge indicator. Here you can see that the patented tactical ring is better built, take note also that the pocket clip comes separately unlike the earlier version. 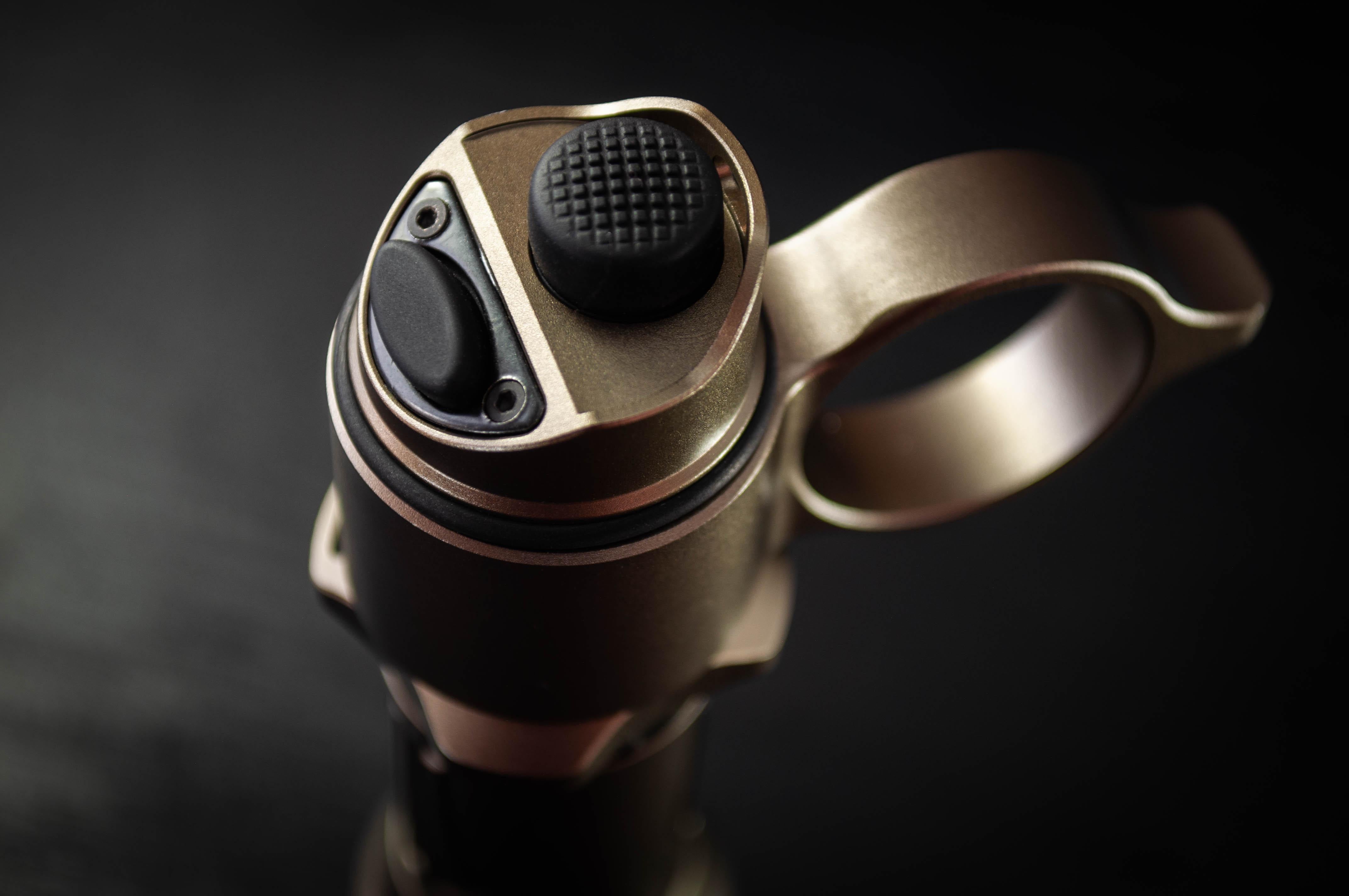 Tail switches: Main for TURBO and secondary for STROBE and mode switching. the response of the switches are also impressive when pressed. when you see this kind of bezel, its Brinyte for sure, take note of the smooth aluminum reflector for better beam throw and focused hot spot. 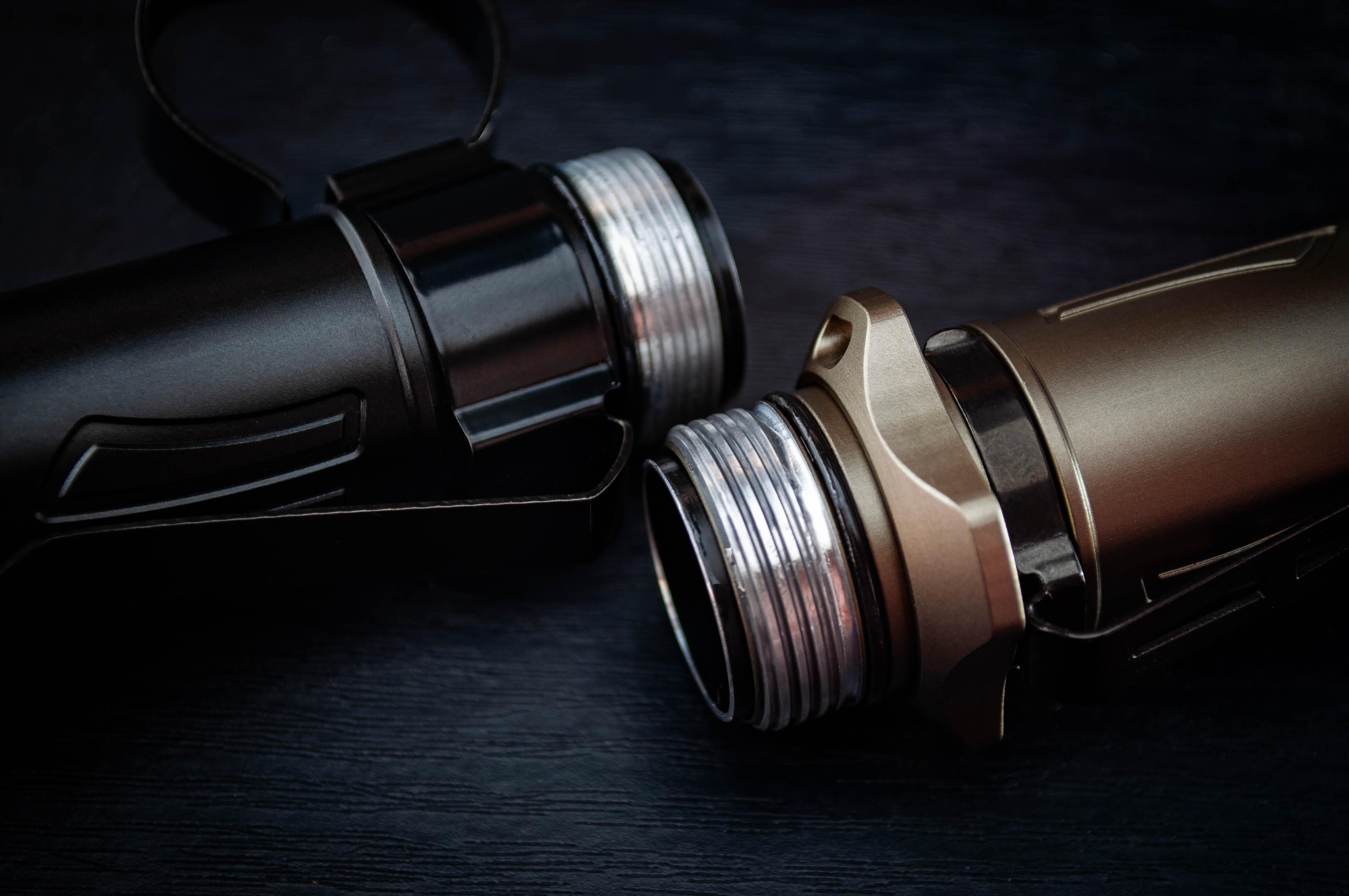 Notice the teeth of the thread, the PT18pro (left) was built better than the PT18 (Right) its thicker and more robust. The patented tactical ring is removable but not interchangeable with the older PT18, a DUAL gold plated spring is visible. 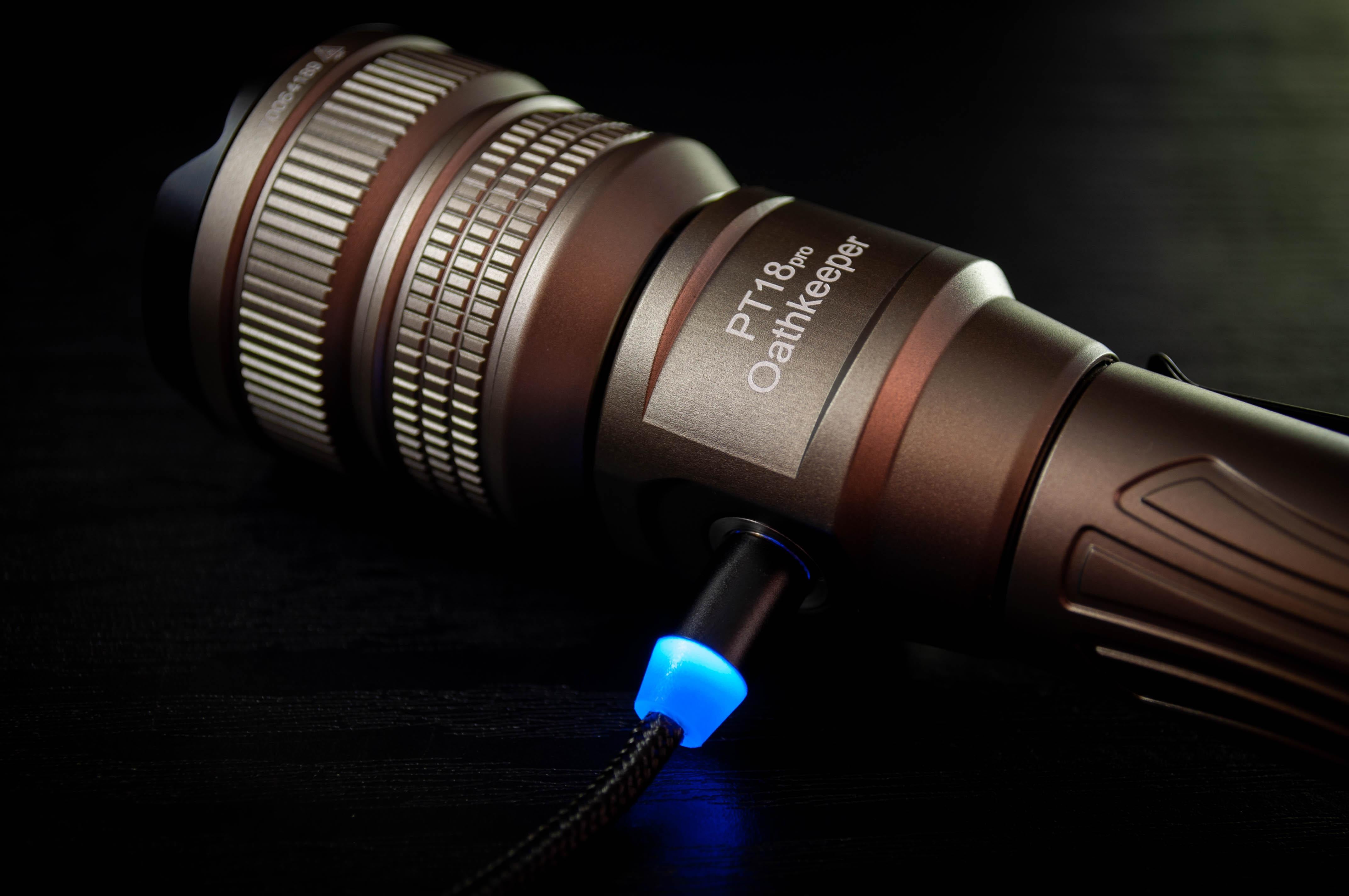 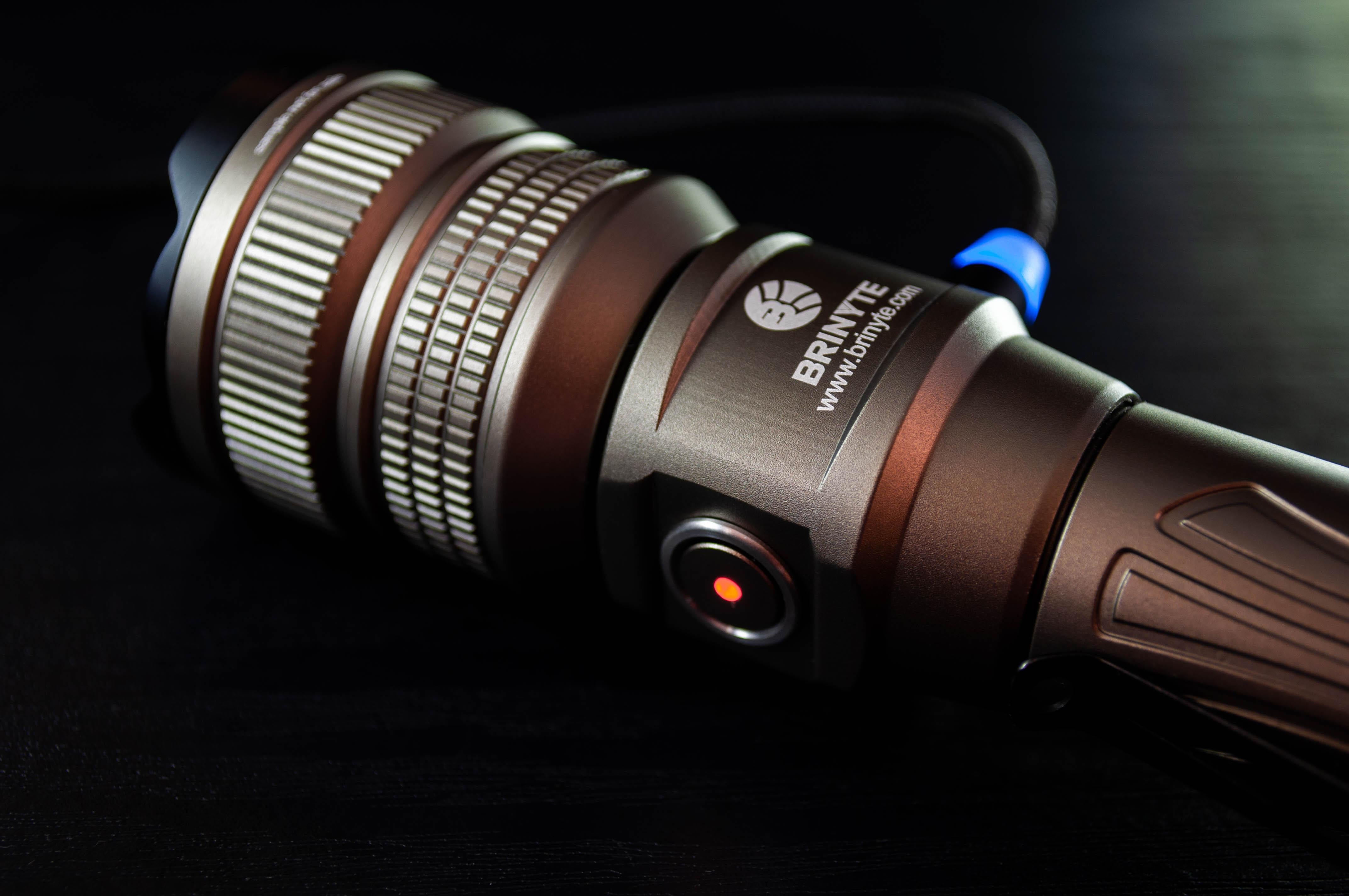 Red light appears on the side switch indicating charging is in progress. 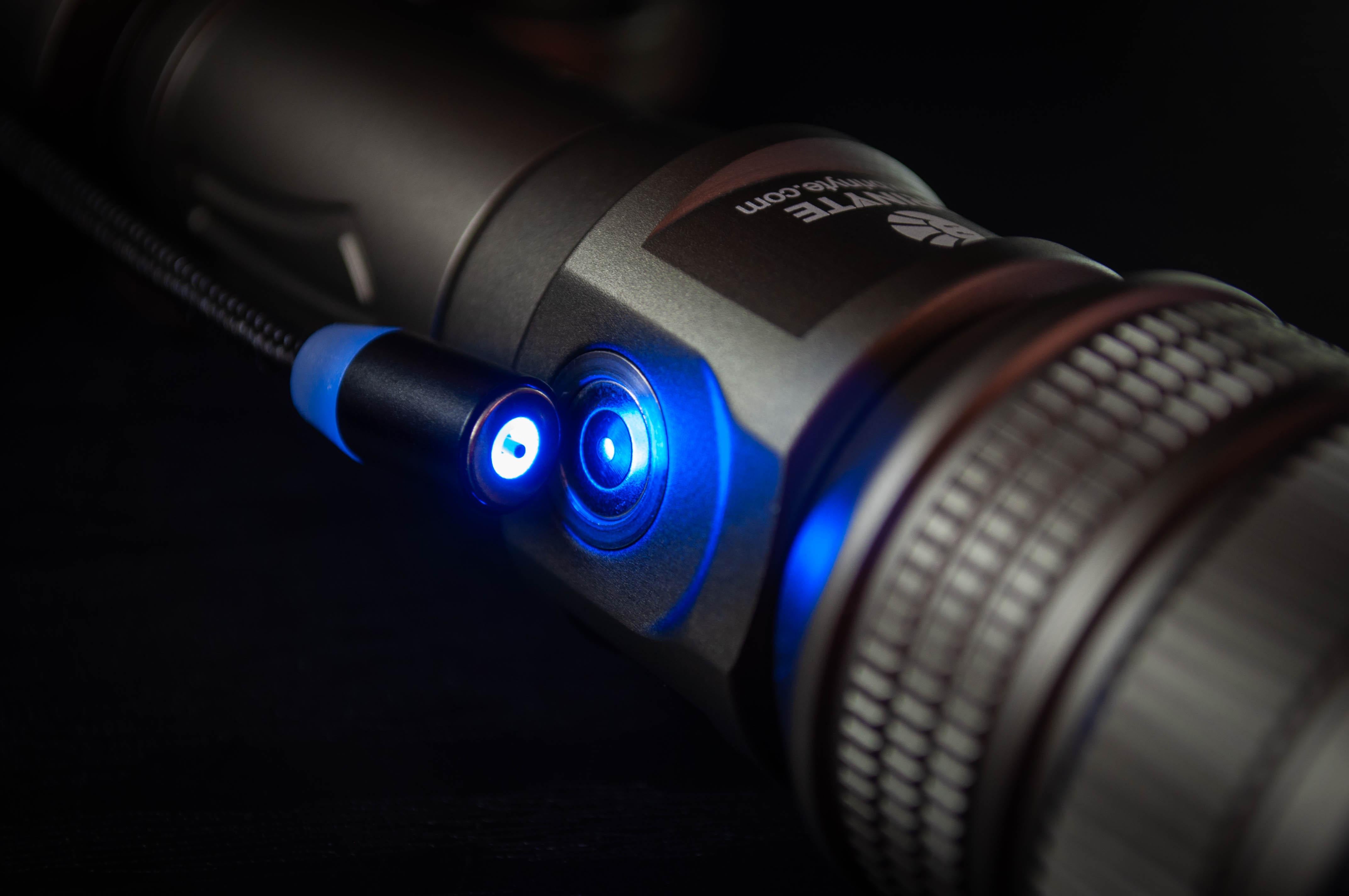 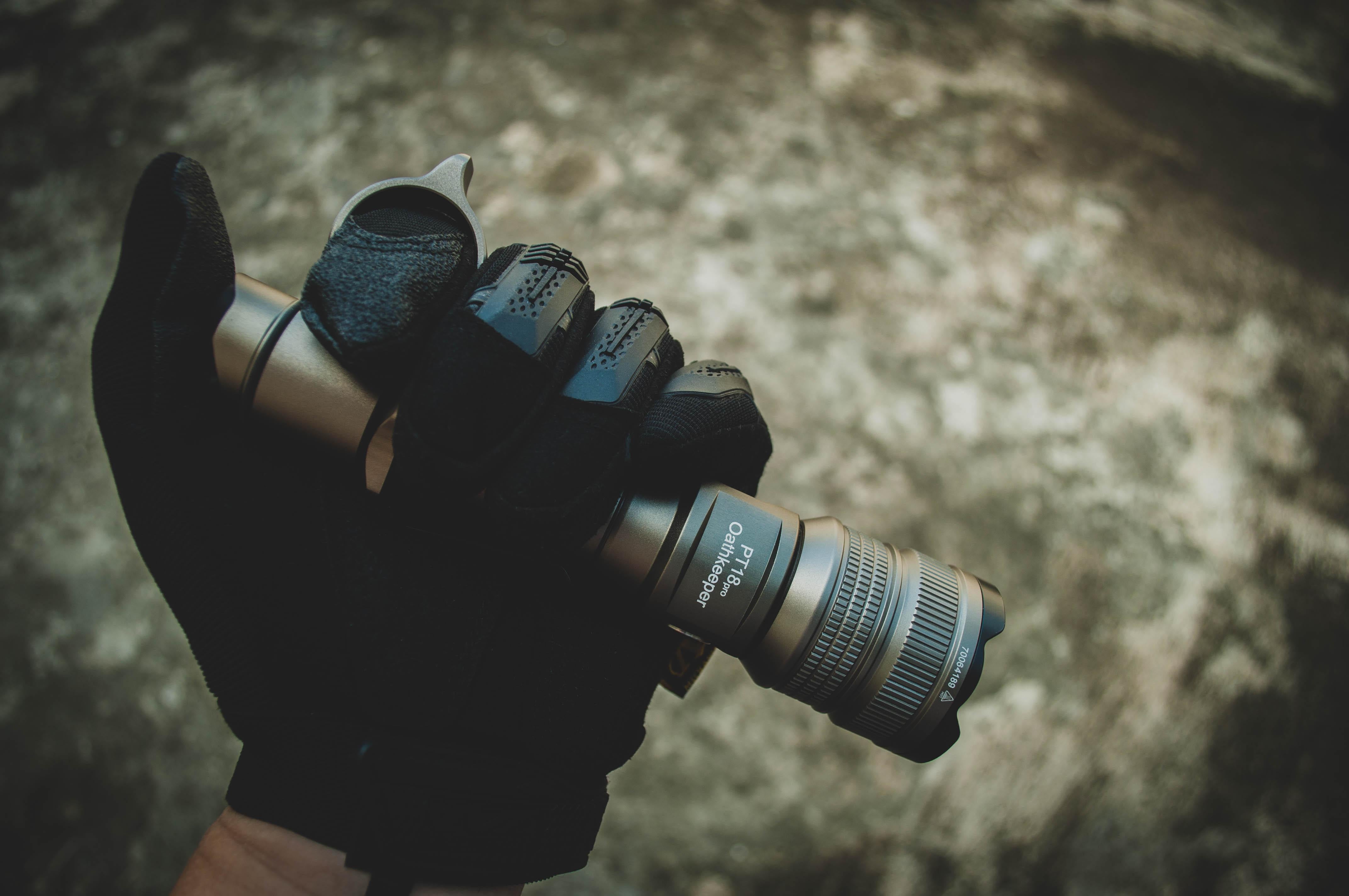 This light comes with memory function and three (3) switches to operate ,but don't be confused as it will be easy to operate, just keep your user's manual within reach and you will be guided accordingly.

Primary- Controls the ON and OFF of the light ( TURBO )

half press for MOMENTARY and click all the way for constant on, click it all the way again to turn it off.

Side Tail Switch*-* When the light is OFF, you have direct access to STROBE when you press the side tail switch ( Momentary strobe only )

when the light is ON, you can cycle between modes ( low, medium, high and turbo ) by pressing this switch once. but if you hold it for at least 2 seconds, CONSTANT STROBE will activate, click once to go back to the last brightness setting.

When the light is OFF, press once to turn ON, press once again to cycle between modes, then press and hold at least 1 second to turn OFF.

When the light is OFF, press and HOLD to access the lowest level, the press once to cycle between modes.

NOTE: you can only access STROBE using the FRONT SWITCH if the light is ON, just press the front switch 2x fast, press 2x fast again to activate the SOS then press once to go back to the last mode used.

When the light is ON by the PRIMARY TAIL SWITCH, you can also use FRONT SWITCH to cycle between modes and activate STROBE and SOS as instructed above.

BELOW are the details of each brightness levels according to Brinyte website: 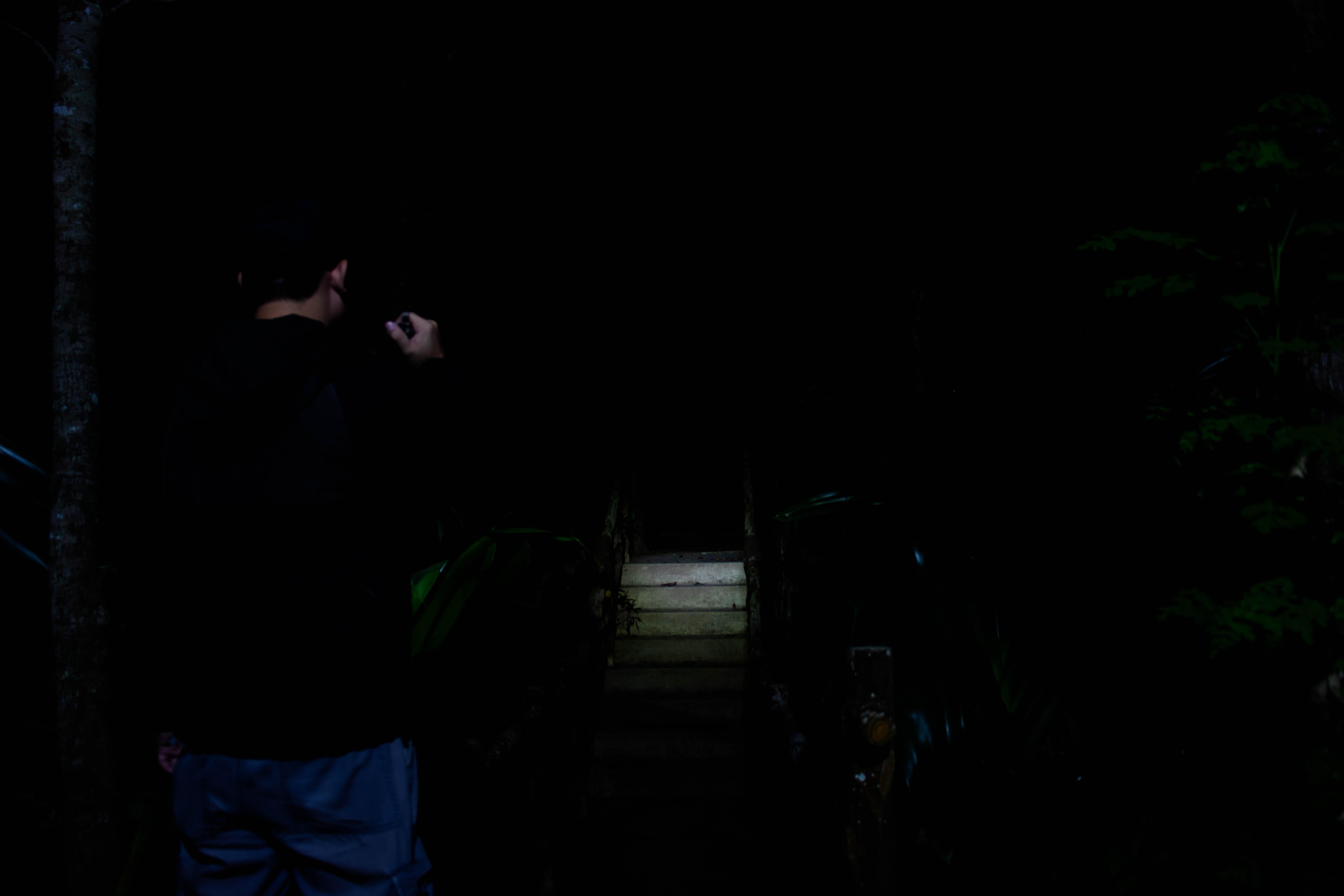 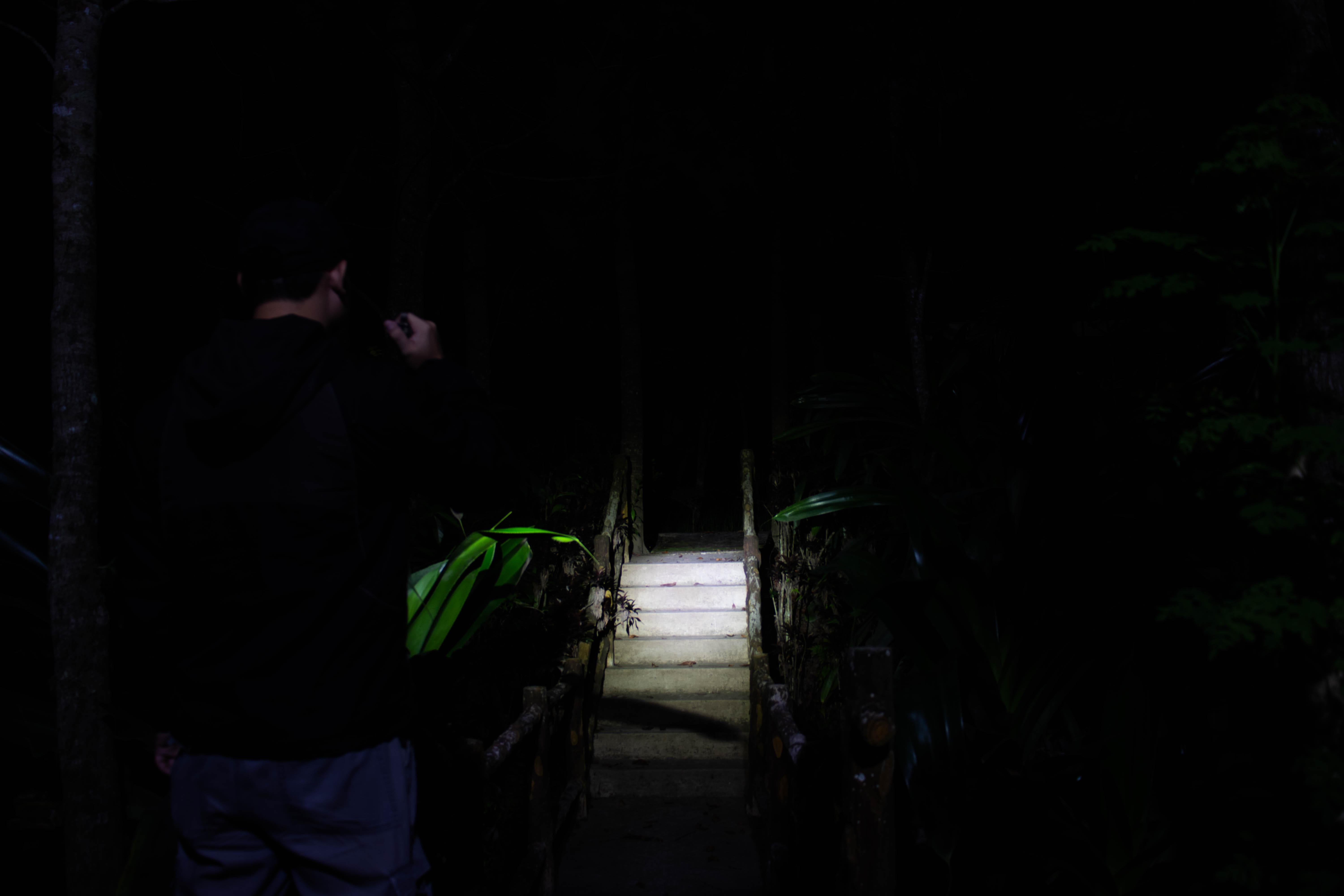 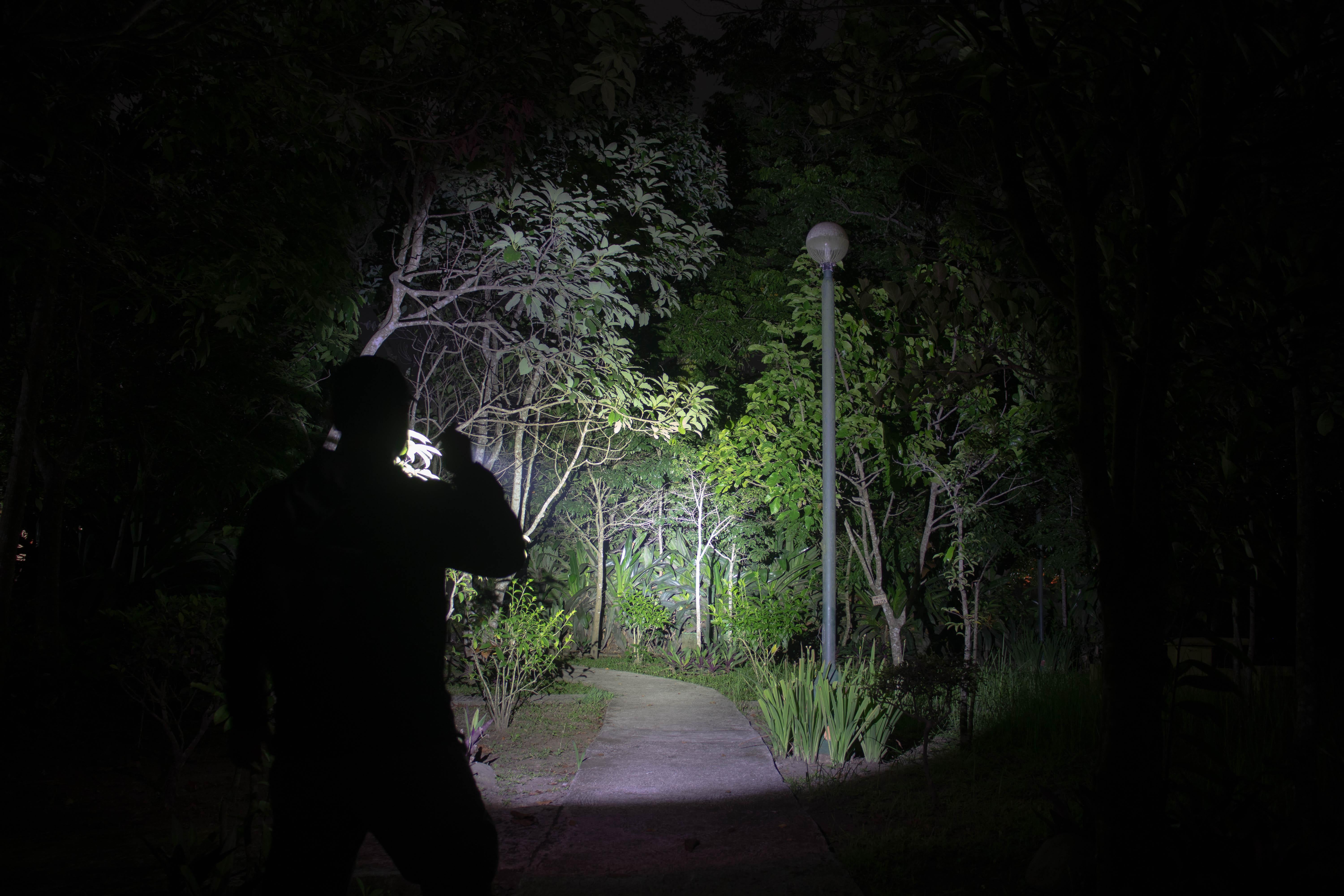 As always, this is from my own personal experience with this light and any views and thoughts are from my personal opinion, yours may be far different. 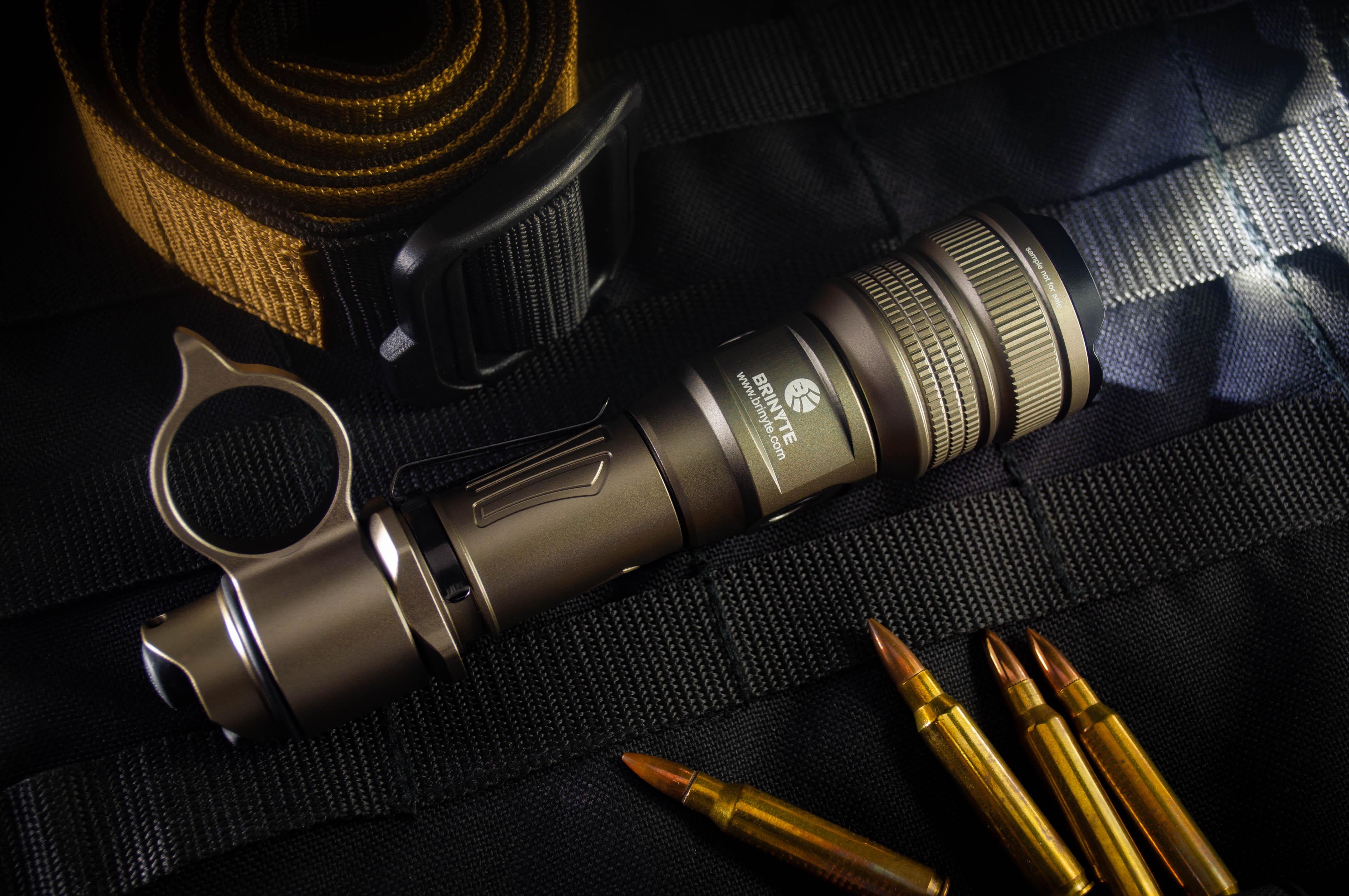 It is surely in my opinion that the PT18Pro is better than the earlier version for the following reasons:

-The patented tactical ring is virtually durable, robust and will be undoubtedly effective during intended use as to a non-lethal force since it is obviously harder than the earlier PT18 ring with a softer tactical ring that can be easily bend.

-Magnetic charging port, (this could be personal preference)

Same excellent performance as the earlier version with useful improvements, frankly the only thing I can think of that Brinyte could have done better is their SOS, when you switch to SOS mode, you will notice that the brightness level of SOS is not as bright as the TURBO mode for which I prefer to be at least brighter, but that could be subjective.

Other than that, I am confidently saying that this is one of my favorite light, and definitely on my basket, a pleasure to hold and impressive built quality.